Corbyn’s Manifesto may not be as radical as first thought
This week the launch of the Labour manifesto brought gasps of shock and horror from all but the most ardent Corbyn fans. We were hoping we wouldn’t need to talk about it. Given Labour’s chance of forming a majority is practically zero, this is little more than socialist fan fiction, but there is so much that stands out we can’t help ourselves. In isolation many of the proposals are not that extreme; in most of Europe utilities are state owned and the lights stay on; higher rates of tax on dividends and capital gains are also quite common. When corporation tax was cut by George Osborne it had little impact – so a hike will probably not matter much either; and so on and so on.

The cumulative effect of changing the tax treatment of dividends, gains and profits all at once is almost unfathomable however. While we think a lot of the “tax prevents growth” story is overdone, and indeed the evidence has always been shaky, it does change behaviour. How investors, businesses, and indeed the whole economy would react is a complete unknown and is the real danger behind the proposals.

M&A: Saudi Aramco IPO Valuation Downgraded
Months of work pitching Saudi Aramco shares to big institutional investors ahead of one of the most anticipated initial public offerings (IPO) this year, all came crashing down in one meeting this week – that lasted ten minutes. Aramco chairman Yasir al-Rumayyan chairman was disappointed that the $2trillion dollar valuation of the state oil company failed to garner enthusiasm. The valuation of the company has subsequently been revised down to $1.1-1.2tn. Investment banks would have been hoping for a bumper pay out from the floatation. Instead they may have to settle for a paltry $90m when compared to other large IPO’s such as Alibaba which generated $300m in fees.

Fund managers were concerned with both the governance of the state oil company and infrastructure security following the attacks on Saudi Aramco plants a few months ago. Rather than a global listing, the company will instead turn to, and in some cases lean on, local investors in order to beat the $25bn raised by Alibaba in 2014.

Global: OECD urges Governments to spend
With global GDP growth expected to be 2.9 per cent this year, its lowest annual rate since the financial crisis in 2008, the OECD is urging governments to act in order to avoid long-term stagnation. The intergovernmental economic organisation believes that if governments were to combine structural reform with targeted spending and tax policies at lower interest rates, growth will pick up over the long term. But in order for that to happen a coordinated effort is required, and it’s required now.

Economic uncertainty has been the main detractor to growth as trade talks and Brexit noise weakened manufacturing and squeezed global investments. The offsetting effect of strong service sector performance has also started to wane. The organisation was also bearish on the prospects of UK growth, predicting GDP to fall to one per cent next year regardless of whether a No Deal Brexit is avoided.

US: Housing Market Rebounds Sharply
Lower mortgage rates boosted US homebuilding last month. The number of privately-owned new houses on which construction has been started on was up 3.8 per cent in October, greatly exceeding the 0.9 per cent forecast. Building permits (proxy for future construction plans) increased five per cent to 1.5 million units, its highest level since 2007. Permits for single-family housing projects increased 3.2%. The number of houses being completed also spiked up 10.3 per cent to reach 1.1 million units.

Elsewhere, the betting markets now have President Donald Trump as odds-on favourite for impeachment. So far hearings haven’t gone Donald’s way and this week Fiona Hill, a former White House official, added more fuel to the fire, telling the congressional impeachment inquiry that Trump’s narrative that Ukraine rather than Russia interfered in the 2016 election was actually false. 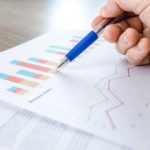 Buy-to-let landlords under attack from McDonnell 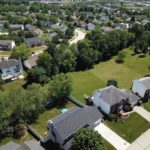 US Election Season Gets Underway While the UK leaves the EU