Funds and trusts invested in the UK have seen a significant bounce since December’s General Election saw Boris Johnson’s Conservative party win a decisive majority. After years of stunted flows amid uncertainty over the UK’s political backdrop, the average UK All Companies fund climbed 5.1% between 12 December 2019 and 10 January 2020, according to AJ Bell. But UK smaller companies funds performed even better, up 7.8% on average, with the top performer, VT Teviot UK Smaller Companies, up more than 11%.

Investment trusts focussed on British firms have been the real winners since the election, however, with UK All Companies trusts delivering 8.2% on average, UK Smaller Companies 8%, and UK Equity Income 5.1%. The more than 5% gain for UK All Companies funds compares with a loss of 0.08% during the previous 30-day period and a return of only 1.74% during the same period the previous year. The UK Equity Income sector has also risen 5.1% since the election. Sentiment towards UK stocks has dramatically improved since the December general election, as evidenced by widespread gains among UK focused funds and investment trusts. The large majority gained by the Conservatives fuelled a Boris Bounce as investors hurried back into domestically focused companies that had been out of favour for so long. 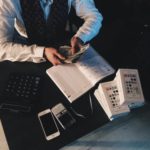 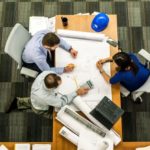