The Treasury’s stamp duty haul has fallen by more than at any point in the past decade. Stamp duty receipts from residential property fell by more than £900m in 2018-19 to £8.4bn, figures released by HM Revenue & Customs show a 10% decrease. It marks the largest drop since the financial crisis decimated house prices in 2008 and follows on from almost 10 years’ of steady increases. It comes as house price growth has slowed to the lowest level in years, just 0.7% according to the latest figures from the Land Registry.

Prices in the South East and North East have fallen by 2% and 2.9% respectively. Purplebricks is calling on Boris Johnson to follow through on his Stamp Duty promises. Purplebricks says this would bolster the UK economy by £6bn and bring around 130,000 more homes on to the market each year. Johnson has previously said he would raise the Stamp Duty threshold – where it starts to be paid – from £125,000 to £500,000, and cut the highest rate of Stamp Duty from 12% to 7%.

Almost a third (29%) of UK home-owners say Stamp Duty is the number one factor which would stop them from purchasing a new home, according to research commissioned by Purplebricks. If the proposed changes to Stamp Duty materialise, 90% of people moving home wouldn’t have to pay Stamp Duty and 15% more properties would come on to the market each year. Although Stamp Duty receipts would decrease by around £3bn there would be an overall net boost to government revenue of around £1bn due to associated spending and increased economic activity. 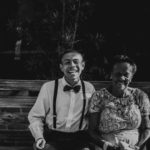 Half of adults still rely on parents

The march of ETFs 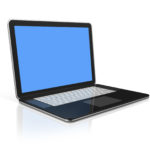