The Ministry of Justice has abandoned the planned increase in probate fees for England and Wales.  It emerged that the Government had abandoned its controversial plans to replace flat fees of £155 or £215 for probate applications in England and Wales with a sliding scale running up to £6,000.  If you have an overwhelming feeling of dejà vu, you are not alone. The whole sorry saga is very similar to what happened in 2016/17 when the MoJ last proposed a substantial increase in probate fees. In that instance the first announcement was made in February 2016 and the climb down arrived 14 months later, as an election loomed into view.

On this occasion the timescale has been shorter, but more frustrating. The revised proposals came out in November and by early February had reached the point of a Statutory instrument that gained a 9-8 approval by the House of Commons Fourteenth Delegated Legislation Committee. From that stage everything went quiet, other than at probate offices which were swamped with applications leading to long delays. This weekend’s announcement may, like the 2017 abandonment, have more than a passing connection with an impending general election.

Last November’s explanatory memorandum suggested that the fee increases would yield £145m of additional income in 2019/20. Given the amount of increased spending the Government has promised in recent weeks, the Chancellor will hardly notice the loss. 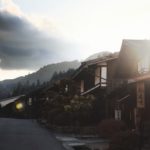 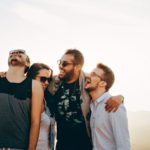