Reports of investment fraud almost doubled to 8,153 in the first six months of 2019 from 4,113 in the same period last year, according to data from the National Fraud Intelligence Bureau. In contrast, reports of pension fraud have dropped rapidly from 1,353 in 2015 to just 345 in 2018. Commentators have suggested that financial fraud in the UK is mutating, with the number of victims of older-style ‘pension liberation’ scams dropping in recent years on the back of a series of Government interventions – including the ban on cold-calling – and a significant industry-wide public awareness campaign.

However, as pensions-based scam reports have fallen, the number of people falling prey to scams focused on their investments has continued to rise and look set to hit record highs in 2019. In January, the government made pension cold-calling illegal in a bid to tackle the rise in pension scams. However, the ban excluded investments.

Pressure is being put on the government to review the exclusion in light of the surge in investment scam reports. However, millions of people are still risk falling prey to pension scams – even those who consider themselves financially savvy. A survey by the Financial Conduct Authority (FCA) published last week found that 42% of pension savers – about 5 million people – could be at risk of falling for at least one of six common tactics used by pension scammers.

Things to watch out for:

· Watch out for investment ‘opportunities’ that appear out of the blue and sound too good to be true.

· If you are cold-called about your pension or investments by someone you don’t know, hang up immediately.

· Be extremely wary of anyone offering ‘free advice’ or a ‘free pension review’.

· Don’t be rushed or pressured into making a decision about your pension. 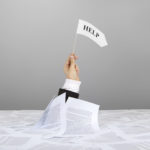