In 2018, the number of UK individuals falling into insolvency hit a seven-year high (according to the figures quoted by the Guardian in January of this year). Namely, a total of 115,299 people became insolvent after failing to repay their debts, up 16% on 2017 and the highest level since 2011.

The overall increase was mainly due to the 20% increase in IVAs (Individual Voluntary Arrangements) which are formal agreements between debtors and creditors to repay outstanding debt over a fixed schedule of repayments. An IVA will lead to a formal bankruptcy if the debt is not repaid. Based on these figures it is estimated that, roughly, one in 400 adult individuals was declared insolvent in 2018 which is quite alarming.

Investment fraud on the rise 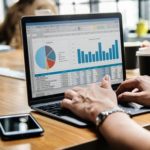