Renewable energy from sources like wind, waves and geothermal heat, has been the topic of great discussion over recent years. There has been an increase in pressure to reach 100% renewable energy as soon as possible. Some countries are targeting 2030, while many skeptics think it will take much longer than that. One thing is for sure, there is a lot of money going into climate change. That should excite those looking to invest in renewable energy. In recent years, there has been an uptick in renewable energy investments from manufactures and installers, which many think may spur the industry’s growth rate. The potential for expansion or contraction only increases the reward opportunity as well.

While investments in renewable energy continue to grow, there is still plenty of money poring into fossil fuel projects. In a recent article, Fessler noted that the European Union has funneled 13.4 billion pounds into fossil fuel projects over the last 5 years. JP Morgan Chase & Co. was also listed as the world’s biggest funder of fossil fuels. the decline in unsubsidized costs to generate wind and solar power creates a significant impact. The reduction puts renewables on track to become cheaper than all but the most efficient gas plants by 2023. 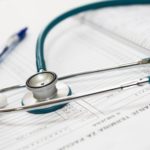 NHS England confirm their sticking plaster – will the new government find a cure for pensions tapering?

The allure of gold funds – which way next? 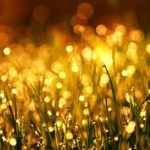