John Mcdonnell has announced a scheme that would allow private tenants the right to buy the home that they live in a discount price. This is on top of a report commissioned by the party earlier this year that also recommended caps on the amounts buy-to-let landlords could charge tenants. Alongside the cap to the rent there would also be curbs on their ability to evict rents “on spurious grounds”.

The latest suggestion from the Shadow Chancellor is to apply Margaret Thatcher’s iconic right for council tenants to buy their homes to those who rent properties from millions of private buy-to-let landlords. He hopes it would reverse the fall in affordable housing seen after Mrs Thatcher’s decision to allow council housing tenants to buy their homes. Speaking to the Financial Times, Mr McDonnell said: “We’ve got a large number of landlords who are not maintaining these properties and are causing overcrowding and problems.” Labour could give tenants who rent private homes the right to buy them at a cut-price rate, in the Shadow Chancellor’s plans. But experts believe it would decimate the rental market in the UK, creating a shortage of properties available to rent.

How to ensure a power is acceptable to a Financial Institution 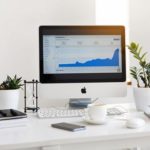